Overall, this is an incredible book. I like the way James Lovelock took us through the concept of Gaia and how the world operates as an integrated system. This fact still eludes many of us, and it is ... Przeczytaj peģną recenzję 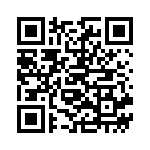