Mihaly Csikszentmihalyi (pronounced "ME-high CHICK-sent-me-high-ee) is a professor and former chairman of the Department of English at the University of Chicago. His writings have focused on models of enjoyment and how various people access their creative potential. The idea of creative potential, which Csikszentmihalyi terms "flow" has become increasingly popular in the public sector. His 1993 book, Flow, inspired Jimmy Johnson then coach of the World Champion Dallas Cowboys, and was the subject of a feature story during that year's Super Bowl television broadcast. His ideas have also been touted by President Clinton, who called Csikszentmihalyi one of his favorite authors, Newt Gingrich, who put his work on the reading list for a political planning committee, and corporations and cultural institutions, such as Volvo in Sweden and the Chicago Park District. He has published articles in a variety of magazines, including Psychology Today, The New York Times, Omni, and Wired and has made appearances on television in the U.S. and Europe. Csikszentmihalyi currently serves on boards and commissions for the U.S. Departments of Labor and Education, and the Social Science Research Council. He has held visiting professorships at universities in the United States, Canada, Brazil, Italy, and Finland. He received the1990 NRPA National Research (Roosevelt) Award, in addition to two Senior Fulbright Fellowships. Besides Flow, he has also written Beyond Boredom and Anxiety and Creativity: Flow and the Psychology of Discovery and Invention, in which he applies his "flow" theory to various inventors, scientists, and artists to determine how and why they achieve "flow.

Eugene Halton is Professor of Sociology and American Studies at the University of Notre Dame. In addition to being coauthor of The Meaning of Things, he is author of Bereft of Reason (1995, 1997), Meaning and Modernity (1986), and a forthcoming book on American culture. 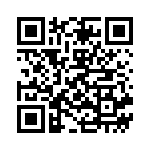