Strona 369
Lady St. Barnard was Miss Mary Waller , of Dunelm , grand - daughter of the late Mr. Luke Waller , organist of St. Bride's in that city , a friend of the late Lord St. Barnard , and a gentleman much esteemed in the Northern city .
Strona 370
( 4 ) The said Mary Waller afterwards took an engagement at the Delphos Theatre , under the name of Miss Pitt , and afterwards lived in Gloucester Road , Hyde Park , under the protection of the late Lord St. Barnard , a well - known ...
Strona 499
He frightened me by his vehemence , and I was just going to leave him when my grandfather Waller appeared , and suddenly taking me by the arm , he half led and half dragged me into the house . He was very angry and used harsh language . 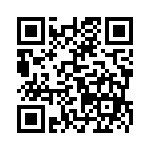