Strona 119
Having passed nine years in England , where he arrived in 1803 , and having visited Portugal , Spain , and Malta , with Mrs. Belzoni , an English lady , and his companion on his subsequent adventures , he was informed that an hydraulic ...
Strona 238
In with her , " sbouted Kirby , exerting himself in a manner that left nothing for those in his rear to do , but to gather up the slack of the rope which he passed through his bands . “ Staff , ho ! ” shouted the steward .
Strona 251
... secretary often described to me the political storms through which he had passed ; but he said that his happiest years had been spent at his small patriarchal inheritance , near Sancasciano , on the road from Florence to Rome . 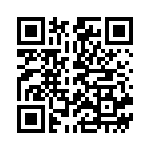