Strona 177
seven times fifty stories , the Anruth with his thrice fifty and half fifty , the Cei with
his eighty , the Cana with his sixty , the Dos with his fifty , the Mac - fuirmidh with
his forty , the Fochluc with his thirty , the Drisac with his twenty , the Taman with
his ...
Strona 240
That is how " that passing shadow , Galahad , " comes into the story . Perceval is
the real hero , whom his mother , when she sends him to Court , admonishes ,
among other things , to kiss any maiden who is willing ; and in the oldest legends
...
Strona 387
The story is sufficiently striking as the basis of a tragic drama ; and the roughest
knowledge of the leading occurrences would suggest to the poet that treatment of
character and of action which he ultimately adopted . No art study can be more ... 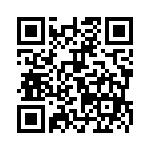