GEORGE S. PATTON, JR. (1885-1945), served as General John Black Jack" Pershing's aide in Mexico in 1916 during the Pancho Villa Expedition, and rose from captain to major general between the world wars, and headed the illustrious Third Army in World War II.

RICK ATKINSON is a New York Times bestselling author and winner of a Pulitzer Prize in 1983 for a series of articles on West Point's Class of 1966, which later became the basis for his book T he Long Gray Line. A veteran staff reporter, foreign correspondent, war correspondent, and senior editor for the Washington Post, he wrote the paper's lead stories during the Gulf War. 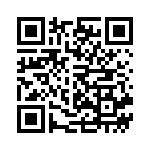