Strona 100
On being placed in a beaker and covered with water , it swelled up to six or
seven times its natural size , and had the appearance of a brown , gelatinous ,
laminated mass . It was tough like , soft indiarubber . The inside of the mass was
...
Strona 102
The bulk of the organic matter consisted of fucosite , and could be readily
identified under the microscope by the spotted , bubbly appearance of its yellow
laminæ . It contained , also 102 The Chemical Neus . February 12 , 1932 .
Strona 103
appearance of its yellow laminæ . It contained , also , quantities of elkerite , which
were identified by the plain , transparent yellow plates of irregular shape . The
fucosite so obtained was readily soluble in soda solution . The Keroles and
Kerols ... 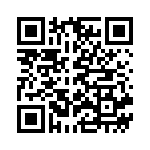