Dr. Elledge was a professor of English and chairman of that department. 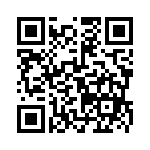