Strona 82
Old houses ( one of benefit of clergy . During the period of his them Drayton ' s )
were pulled down ; new incarceration he became a Catholic “ on buildings were
erected . At about that trust , " but recanted some years later . period Sir John ...
Strona 300
76 ) , I the Stone House , Onibury ( now Stokesay a date about twenty - nine
years before Lee Court ) and another house , Lymore , were was born , and
about fifty years before his not in good enough state for so distinguished first play
was ...
Strona 330
Then „ going M . to the middle of the altar , he uncovers the whole cross and
sings a third time , still His country house was the Manor House , higher , “ Ecce
lignum Crucis , ” the ministers East Hill , Wandsworth , where a daughter and
choir ... 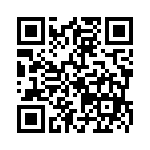