The American Film Institute is a non-profit organization committed to advancing, preserving and redefining the art of the moving image. The only national arts organization devoted to film, television and video, AFI serves as a point of national focus to those concerned with film as art. George Ochoa and Melinda Corey have written more than 30 books on film and other subjects, including The Dictionary of Film Quotations, The New York Public Library Book of Answers, Facts About the 20th Century, and The Wilson Chronology of the Arts. 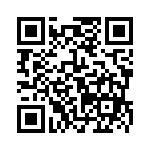