Strona 87
7 gms . was dissolved in the men , and in particular a bitumen called acid filtrate .
Both the residue and filtrate McKittrite , which is described later . Algarwere
extracted with chloroform , which dissolved out the oil formed during hydrolysis .
ite is ...
Strona 89
This pyridine soluble fraction dissolved in chloroform , alcohol , ammonia , and
caustic soda solution , and was partially soluble in ether . It contained no sulphur
. After being dissolved in caustic soda the substance rapidly reduced Fehling ...
Strona 90
If , after drying , it be attempted to dissolve algarose in an aqueous or soda
solution , it swells up to a rubber - like mass ... were colourless prisms melting at
100°C . , and which , when dissolved in water , precipitated an ammoniacal
solution of ... 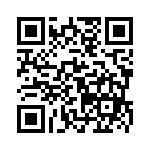