KEITH WILLIAM KINDER is an Associate Professor of music at McMaster University, Hamilton-Ontario./e He received his doctoral degree in instrumental conducting from the University of Colorado. 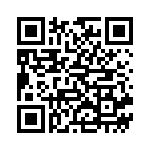