Strona 63
I worked with a heart and a will for some time , but the net result of the honest
man's threat was , I fear , to make me think more and more of Sir Walter and less
and less of the Latin . It was all my fault , I make no doubt , but the persistence of
the ...
Strona 279
As for good grain , the doctors appear to prefer a mixture of barley and oats , as
making the beer less nourishing indeed , but lighter on the stomach and less
confining . They allow either wheat , barley , or oats . Wheat , they say , makes the
...
Strona 528
... replied that he could not afford to pay them less , for he found that less wages
produced less work . Indeed , one might just as reasonably expect that a fire
would burn briskly with a scanty supply of fuel , or a steam.engine work with a ... 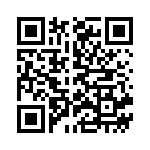