He was born on August 6, 1956. in Warsaw. He graduated from the Geological Technical Secondary School in Warsaw and then studied at the Faculty og Geology and Exploration of AGH in Cracow. He finished studies and worked as a Quaternary geologist and then spent 18 years researching the climate mechanism of the Earth. 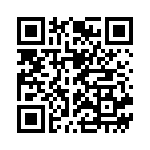