Jason Fulford is a photographer and cofounder of the non-profit publisher J&L Books. He has lectured at more than a dozen art schools and universities and is a contributing editor to Blind Spot magazine. Fulford's photographs have been featured in Harper's, the New York Times Magazine, Time, Blind Spot, Aperture, and on book jackets for Don DeLillo, John Updike, Bertrand Russell, Jorge Luis Borges, Terry Eagleton, Ernest Hemingway, and Richard Ford. He is a 2014 Guggenheim fellow, and his published books include Sunbird (2000), Crushed (2003), Raising Frogs for $$$ (2006), The Mushroom Collector (2010) and Hotel Oracle (2013).

Gregory Halpern received a BA in history and literature from Harvard University and an MFA from California College of the Arts. His third book of photographs, entitled A, is a photographic ramble through the streets of the American Rust Belt. His other books include Omaha Sketchbook and Harvard Works Because We Do. In 2014 he was the recipient of a Guggenheim Fellowship. He currently teaches at the Rochester Institute of Technology. 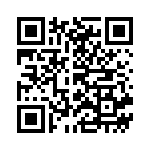