As well as a gripping techno-thriller, it's also a sweet romance, and includes a great chocolate-chip cookie recipe. Stoll never sets out to be a hero, he's just a problem-solving grad student, who becomes really dedicated to solving one particular problem. I wonder how dated it seems now? Przeczytaj pe≥nĪ recenzjÍ

I was ready to give THE CUCKOO'S EGG a mere four stars, because this is just not really the kind of book I normally read. But then I decided that wouldn't be fair, or an accurate reflection of how I ... Przeczytaj pe≥nĪ recenzjÍ

When, to the delight of the baffled FBI, CIA, and NSA, Cliff Stoll nailed his spy, he wound up on the front page of The New York Times. The story, broken in 1989, quickly gathered headlines across the nation and Stoll became a genuine, if somewhat unlikely, American hero.

An astronomer by training and a computer expert by accident, Cliff Stoll has become a leading authority on computer security, an issue recognized everywhere as among the most important security problems of our times. He has given talks for the FBI, CIA, and NSA, and has appeared before the U.S. Senate. Stoll is an astronomer at the Harvard-Smithsonian Center for Astrophysics and lives in Cambridge, Massachusetts. 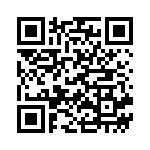