Paul Murdin is a distinguished internationally known astronomer with a track record of well-written books and eloquent lectures about astronomy. He has been honored with an OBE in 1988, the Award of the Royal Astronomical Society for Services to [professional] Astronomy in 2011, the Eric Zucker Award of the Federation of Astronomical Societies for outreach to amateur astronomers, in 2012, and the name of asteroid 128562 Murdin.

Educated at the universities of Oxford and Rochester, NY, Paul Murdin has worked as an astronomer in the USA, Australia, England, Scotland and in Spain, where he led the operation of the Anglo-Dutch Isaac Newton Group of telescopes in the Canary Islands. He has been a research scientist (studying supernovae, neutron stars and black holes – in 1972 Paul discovered the nature of the first black hole known in our Galaxy, Cygnus X-1) and a science administrator for the UK Government and the Royal Astronomical Society. He works at the Institute of Astronomy at the University of Cambridge, England, and is Visiting Professor at John Moores University, Liverpool. He has a secondary career as a broadcaster and commentator for the BBC and CNN, as well as a lecturer and writer on astronomy, including repeat appearances on BBC Radio 4’s In Our Time and at a number of literary and science festivals, like those at Hay-on-Wye and Edinburgh, and on the QE2. His most recent books include 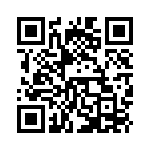