This is an amazing book my wife and I have both enjoyed it and it was a really really good price. Przeczytaj pe³n± recenzjê

Pearl Jam is an American rock band that formed in Seattle, Washington, in 1991. Frontman Eddie Vedder is joined by Jeff Ament (bass), Mike McCready (guitar), Stone Gossard (guitar), and Matt Cameron (drums). Since its inception, the band has sold more than 30 million records in the US and an estimated 60 million worldwide. Throughout its career, Pearl Jam has been recognized globally for its deep commitment to social justice.

Cameron Crowe is the writer-director of "Say Anything..." & "Singles". His latest film is "Almost Famous", the screenplay of which is also available from Faber. 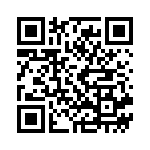