Robin Buss is a journalist and translator. His most recent translations for Penguin include The Plague by Camus and The Black Tulip by Dumas. He lives in London.

Richard Sennett is Professor of Sociology at the LSE and Bemis Professor of Social Sciences at MIT. His three most recent books are studies of modern capitalism: The Culture of the New Capitalism, (Yale, 2006), Respect in an Age of Inequality, (Penguin, 2003) and The Corrosion of Character, (Norton 1998). He is currently writing a book on craftmanship.

Alexander Riley is Assistant Professor of Sociology at Bucknell University in Lewisburg, Pennsylvania, USA. He is the author of numerous articles on Durkheimian thought, including a contribution to The Cambridge Companion to Durkheim (Cambridge 2005) on the transgressive sacred, and the co-editor (with Philippe Besnard) of the correspondence of Durkheim's student
Robert Hertz Un Ethnologue dans les tranche'es (CNRS E'ditions 2002. 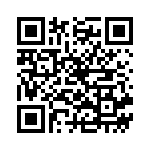