Mandelbrot is the "father of fractal geometry." He's a mathematician who has spent much of his career looking at prices and markets. He argues pretty forcefully that any of the risk management ... Przeczytaj peģną recenzję

In these turbulent economy we seem to be victims of the financial markets. Benoit Mandelbrot, famous mathematician and inventor of fractal geometry, joined forces with Richard Hudson, to write a book ... Przeczytaj peģną recenzję

Benoit B. Mandelbrot is Sterling Professor of Mathematical Sciences at Yale University and a Fellow Emeritus at IBM's Thomas J. Watson Laboratory. He is the inventor of fractal geometry, whose most famous example, the Mandelbrot Set, has been replicated on millions of posters, T-shirts, and record albums. He was a leading figure in James Gleick's Chaos and has received the Wolf Prize in Physics, the Japan Prize in science and technology, and awards from the U.S. National Academy of Sciences, the IEEE, and numerous universities in the U.S. and abroad. His books include Fractals: Form, Chance and Dimension, which was later expanded into the classic The Fractal Geometry of Nature, which has sold more than 200,000 copies. This is his first book for lay readers on finance, a subject he has studied since the 1960s. He lives in Scarsdale, New York. Richard L. Hudson was the managing editor of the Wall Street Journal's European edition for six years, and a Journal reporter and editor for twenty-five years. He is a 1978 graduate of Harvard University and a 1991 Knight Fellow of MIT. He lives in Brussels, Belgium. 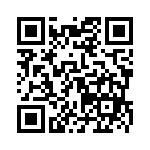