GERALD DUCHOVNAY is a Professor of English and Head of the Department of Literature and Languages at Texas A&M University-Commerce. A recipient of a Dana Foundation Fellowship at Carnegie Mellon University, NEH summer fellowships at The Johns Hopkins University and the University of North Carolina, and a Modern Media Institute Fellowship, he is the founding and general editor of Post Script: Essays in Film and the Humanities, an international film publication. 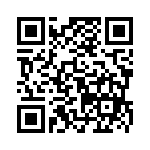