A graduate from Edinburgh University and the National Film & Television School, Kieron Connolly has written for the Mail on Sunday and the Daily Mail, and has interviewed film-makers for movieScope Magazine. 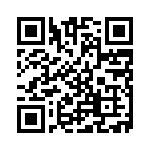